Coming in July 2022!
Translated from German predominantly by artificial intelligence with DeepL.

The main argument in this book is the undeniable openness of every system to the unknown. And the fundamental question goes: What does this openness produce?
We are a part of the infinite universe and an incorporation of its wholeness. Both for us means an individualized reality, through which the universe expresses itself and on the other hand through which it is built up with. It also means our necessity, importance and indestructibility for the sum of its incorporations. Most connections among ourselves are hardly conscious for us. Meanwhile the infinitesimality structure of all consciousness guarantees not only the logical lack of inconsistency of these connections but also the freedom of choice of every individual.
Our goal by no means can be to decide completely consciously. Responsibility contains spontaneity or rather trust in a meaningful working together of the forces. We increasingly become aware of our role in the entire relationship and we learn to contribute optimally to the value fulfillment of all individuals, ourselves included. Beyond the supposed differences between objective and subjective reality, we at some point of awareness comprehend that we create our reality out of our innermost depths.
Labels: awareness, consciousness, existence, free will, fulfillment, god, reality
Newer Post Older Post Home

Claus Janew
Our striving for knowledge is a declaration of love. By gaining wisdom we are loved in return.

The question of whether we can freely choose between several possibilities without just imagining this freedom or confusing it with chance... 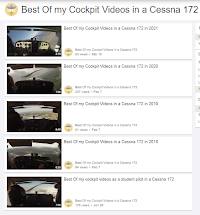